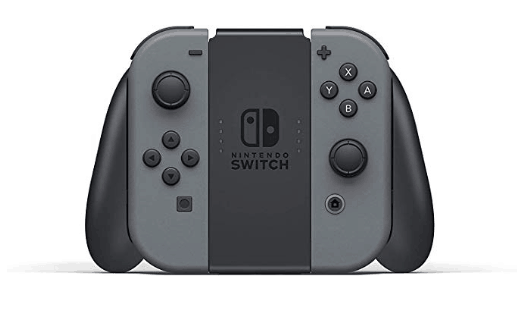 An interesting thing about the Nintendo Switch is its design which you will notice right away. Due to this, gaming on this console is quite different from others out there. It offers a touchscreen in the middle along with joycons on the side. And these joycons can be removed; it can be useful in some games for the Nintendo Switch.

On the back, there is also a kickstand which can be useful for tabletop gaming. And the whole body of the Nintendo Switch is quite compact. It is fairly thin and compact when you consider that it has powerful hardware and controllers all within a single package. You can easily fit in your backpack for gaming on the go without any issues. To further make portable use easy, Nintendo Switch is quite lightweight for the power that it offers.

And even though the joycons are removable, they do not move at all while gaming. Talking about the controllers, they offer great tactile feedback for the buttons along with a grippy joystick. Due to this, gaming using the inbuilt joycons is as good as using external controllers.

You can buy the Nintendo Switch in a number of colors. It offers something for everyone and you will definitely like at least one of the color options offered by Nintendo. You can further customize your Nintendo Switch and its design using the wide range of available accessories.

Apart from having a great design and build quality, Nintendo Switch also offers powerful hardware to the user. Before buying the Nintendo Switch there are a lot of things that you must know.

There are various things that should know when it comes to the specifications of the Nintendo Switch that are as follows:

Back in 2018, when the Nintendo Switch was just released, it did not have a lot of available games. And when compared to the Sony Playstation, this was an issue.

Unlike most of the popular gaming consoles, the Nintendo Switch only had a number of available games.

In simpler words, this handheld gaming console from Nintendo has a large library of available games. Switch users will never run out of games to play on the handheld consoles from Nintendo.

Controller and Accessories for the Switch 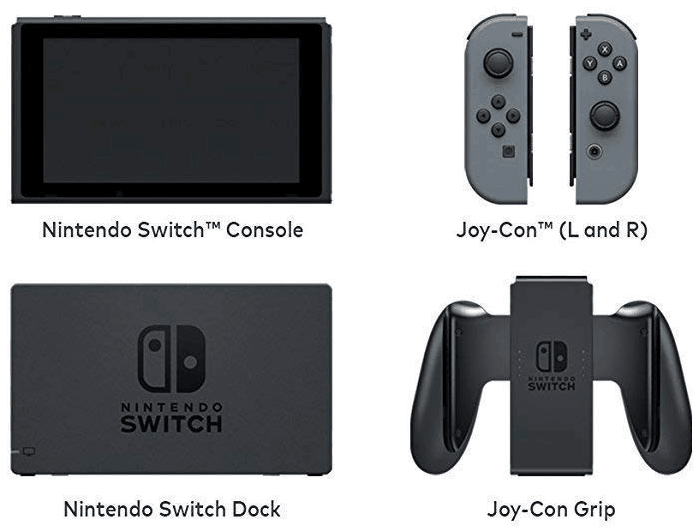 The controllers that come included with the Nintendo Switch are called joycons. And as you would know by now, these attach on the sides of this console. But you can even take these out to play certain games.

This can be useful in games that use the accelerometer and gyroscope of these wireless controllers. Although, these might not be the most ergonomic controllers when removed from the Switch. In that case, you can go and buy the Nintendo Switch Pro controllers.

Similarly, there are a lot of accessories that you can buy for the Nintendo Switch. Since this gaming console is quite popular right now, you can find various kinds of accessories. And this includes controllers, headsets, adapters, cases, battery packs, skins, and much more.

While some of these accessories are for aesthetics, some of them can even add extra functionality to the Nintendo Switch. You can buy both official Nintendo accessories as well as third party ones from any online retailer like Amazon.

As a result, Switch users can easily customize their gaming experience by buying accessories for the Nintendo Switch.

Gaming Modes of the Nintendo Switch

The most common and most used gaming mode is the handheld mode on the Nintendo Switch. In this mode, the joycons are connected to the sides of this console. If you want to just lie in your bed and enjoy some games, then this is the mode to go for. It is also great for playing games while traveling on a bus or a train. This is possible as the whole design of the Nintendo switch is quite compact.

The Switch also has a flip stand on its back. It can be used to make it stand on a tabletop for the second gaming mode. The tabletop mode is useful for co-op multiplayer games that use the sensors of the joycons. There are various games for the Nintendo Switch that uses this feature for interesting gameplay. You can also use this mode for playing games on your Switch while at a desk.

Finally, the last gaming mode is the docked one. As you would imagine, it requires you to dock your Nintendo Switch in its dock and connect it to your TV. This is the best gaming mode if you want a large screen for playing games. It is also good for playing co-op games with your friends if you have multiple controllers. This mode is perfect if you just want to relax on your couch and enjoy some games.

After going through all of the major specifications and features offered by the Nintendo Switch, the chances are that you are interested in buying this console. And if that is the case, then you can buy this console from any online retailers like Amazon.

Since this console was released back in 2018, buying is not an issue at all. Talking about its price, you can get the Nintendo Switch for between Rs 22000 and Rs 25000 here in India.

When you consider all of the things that this console offers to its users, the price is quite justified. If you can afford games for the Nintendo Switch, then you should definitely go for it.

Nintendo Switch is one of the best handheld gaming consoles available right now. It offers a very unique gaming experience to its users due to its compact design. You can use this console on the go as well as at your home quite easily. And you also get a wide range of games to choose from for the Nintendo Switch.

Even though it is not as powerful as the PS4 or Xbox One, the gaming experience is also quite good.

You also have various accessories available for the Nintendo Switch which can be used to customize your gaming experience. And you get all of this in a very compact design which built very well in terms of quality.

Nintendo Switch has a lot going for the given price which makes it a value for money products. You should go for this gaming console if you want a great handheld gaming experience while being able to use it with your TV as well.

Make sure to share your thoughts in the comments section. You can also post any questions down there if you have any!

ABOUT US
Proreviews is your gadget review website. We provide you with the honest reviews and buying guides straight from our expert tech geeks.
Contact us: info@proreviews.in
FOLLOW US
© 2019 PROREVIEWS - All rights reserved